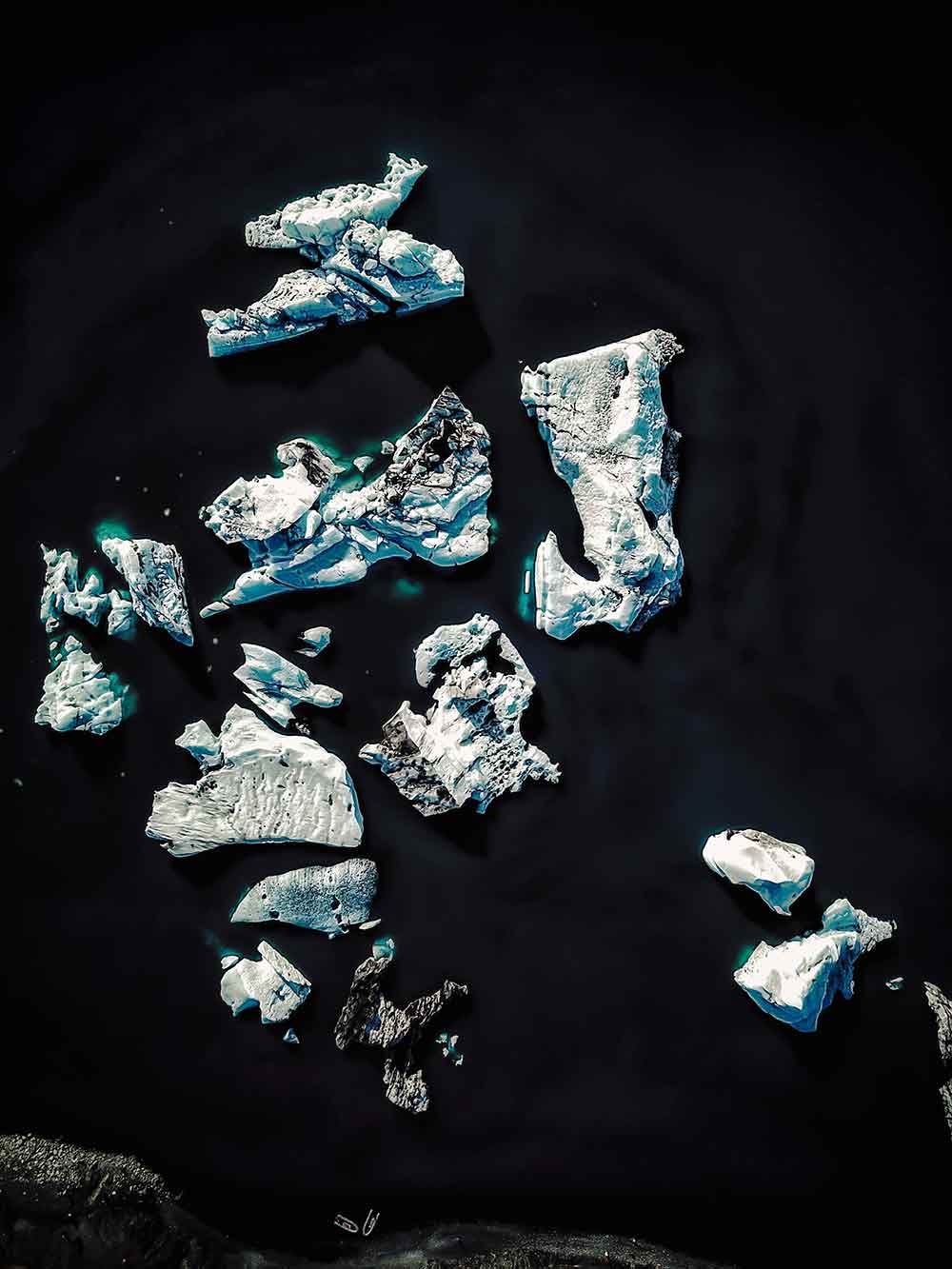 The devastating context behind this #ClimateChange2020 Top 50 shot.

Agora’s mission is to potentiate the best point of views from all around the world. To do this, it is important for Humanity to share both the photo and the story behind the making of it.

Today let Michael Foote give you goosebumps as he tells his detailed account of witnessing the destruction of Iceland’s glaciers on a recent photography trip. Thanks to shots and stories like that of his #ClimateChange2020 submission, photography can help create a better world.

“This photo was taken at Jökulsárlón, Iceland’s glacier lagoon, on the 6th of September 2019. This aerial perspective captures the colossal floating bergs of Europe’s largest glacier, Vatnajökull, that constantly break off and drift into the North Atlantic as a result of the ever-warming climate.

Culminating a two week long road trip around the whole of Iceland, this was one of our final stops before returning back to Reykjavík. Having already been blown away by the stunningly, diverse landscapes of this beautiful country, we were once again in awe of the emerging view before us. Driving west from the grassy, black sand beaches of the Stokksnes peninsula in Southeast Iceland, the surrounding green, moss-covered mountains could not have presented more of a contrasting environment than that of the one we were about to witness.

Suddenly appearing around the mountain corner, you’re faced with the magnificence of Jökulsárlón, the ‘Glacier Lagoon’. Never would you imagine such a contrasting scene would belong in amongst such a landscape, and yet, here it was! Miles and miles of glistening white walls of ice stretching back as far as the eye can see – forming Europe’s largest glacier; Vatnajökull.

Preceding this, at the foot of this titanic structure lay the vast, shimmering blue lagoon of Jökulsárlón that flowed right out to the North Atlantic sea. This was a truly incredible sight to behold and one in which the memories of our excited discovery will last a lifetime. For hours we sat and watched these massive ice formations being flipped and rolled as if completely weightless, slowly collide and erode one another, crashing into the water below. It wasn’t until I decided to take to the skies, sending my drone up to escape the rushing crowds of tourists all around us, that I really appreciated the full scale and weight of what I was actually witnessing.

This was not just some other tourist attraction to view through the screen of your phone and take for granted. This was climate change, in its purest and rawest form. For the majority of most people’s lives we have been warned of melting ice caps, rising sea levels and warming climates yet how many of us have ever actually experienced this with their own eyes? The higher I flew, the more this sunk in as the icebergs slowly disappeared from view, engulfed by the growing expanse of meltwater that now takes the place of the retreating glacier.

The neighbouring ‘Diamond Beach’ represents an iceberg graveyard, stretching for miles, where thousands of these pieces of ice have broken off and washed up on to the black sand shore – ranging in sizes as small as a pebble to chunks the size of cars. This was a truly humbling experience where I witnessed first hand the gravitas of our planet’s situation and unfortunately only further emphasised our urgent need for change.”

Photographer @michaelfoote from the UK

Thank you for sharing your unique point of view with Agora because every point of view is important and shapes the world we see and love.

Together we promote Humanity’s talent.

Power to the people,